Humans were able to progress into the 21st century thanks to the Industrial Revolution. The manufacturing period came into view as technology expanded swiftly and science became more advanced. Industrial pollution was another side effect of all of this. In the past, industries were primarily small, smoke-producing facilities.

When factories worked at set hours and had a limited number of employees, pollution levels didn’t rise as much. The problem of industrial pollution became more pressing when these small firms grew into large businesses.

Industrial pollution is any sort of pollution that may be directly linked to a company’s operations. There is a lot of pollution on the globe that can be traced back to industries of some kind.

As a result, environmental organizations are placing a high priority on reducing industrial pollution.

The rapid rise of such industries is a severe concern that needs to be addressed swiftly in countries that are experiencing it.

Pollution from industrial sources can take on numerous forms. In addition to contaminating water supplies around the world, it also spews noxious fumes into the atmosphere and degrades the soil quality.

Pollution from industry is wreaking havoc on our home planet. People from all across the world are mobilizing to raise awareness and fight for change as a result of this crisis. Polluting activities include:

Several companies got around the pollution control board’s rules due to ineffective policies and a lack of enforcement motivation, resulting in widespread pollution that negatively affected the lives of many people. 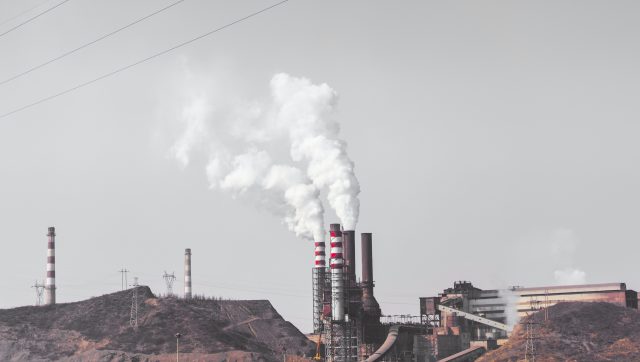 There was uncontrolled growth in most industrial townships, where enterprises flouted rules and regulations and harmed the environment through air pollution and water pollution, among other things.

For the most part, industries are still using antiquated methods to create wasteful goods. Many high-end products are still made using old-fashioned methods to save money and time.

Number of Small and Medium-Sized Businesses

As a result, a substantial quantity of hazardous gasses are released into the atmosphere by small, low-capital firms that rely on government assistance to keep their operations running.

Inefficient garbage disposal is a leading cause of contamination in both water and soil. Toxic air and water can have long-term effects on health, making industrial pollution a serious problem. There are several respiratory issues that might be caused as a result of this pollution.

What is Radioactive Pollution?