There Are A Variety Of Ways In Which Greenhouse Gasses (Ghgs) Contribute To The Greenhouse Effect.

Clouds and vapor exist in the troposphere as two forms of water. In 1861, Tyndal discovered that water vapor was the most effective absorber of infrared radiation variations among all gasses (cited in Held and Souden, 2000). The long-wave (thermal) absorption can be attributed to a combination of water vapor and clouds, according to more precise calculations (Schmidt et al., 2010). Water vapor, on the other hand, has a short atmospheric lifetime (days) when compared to other GHG like CO2

Anthropogenic activity has no direct effect on water vapor concentrations, which vary regionally. A process called water vapor feedback, which amplifies the warming by increasing global temperatures and water vapor formation due to human activity .

About A Quarter Of The Heat Is Absorbed By Carbon Dioxide

Organic decomposition, ocean release, and human respiration are all natural sources of CO2. Coal, oil and natural gas, and other fossil fuels are all examples of activities that contribute to anthropogenic CO2. Agriculture, forestry, and other land uses account for 24% of direct CO2 emissions, while industry accounts for 21%. 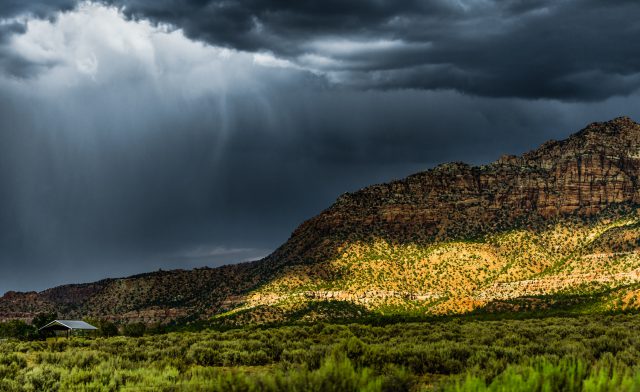 There are two GHGs: nitric oxide (NO) and nitrous oxide (N2O). Their global emissions have increased over the last century, primarily as a result of human activity (IPCC, 2014). Both N2O and NO are released by the soil. N2O is a potent GHG, whereas NO contributes to the synthesis of O3 in a more indirect manner. N2O has the potential to be 300 times more potent than CO2 as a GHG. O3 depletion is accelerated once the former is in the stratosphere (IPCC, 2014). There has been an increase of N2O concentrations in the atmosphere because of agricultural and fertilization practises that involve microbial activity in nitrogen-rich soils

The main sources of NO in the atmosphere are anthropogenic (from the burning of fossil fuels) and biogenic (from soils) emissions (Medinets et al., 2015). Nox quickly oxidized to NO2 in the troposphere (NO2). Nitrogen oxide (NOx) and nitrogen dioxide (NO2) can react with VOCs and hydroxyl to produce organic nitrates and nitric acid. It’s through atmospheric deposition, which is affected by acidification or N enrichment, that they get into ecosystems .

The stratosphere is the primary source of ozone (O3), but a small amount is also produced in the troposphere. This layer of ozone is formed naturally by chemical reactions between solar ultraviolet (UV) radiation and O2 in the atmosphere. One O2 molecule is broken up by solar UV radiation into two oxygen atoms (2 O). They then combine with O2 to form (O3) molecules, each of which can be highly reactive. The (O3) layer absorbs nearly all of the Sun’s medium-frequency UV light (with wavelengths ranging from 200 to 315 nm). There is a risk that they could harm living organisms on the Earth’s surface.

Most tropospheric O3 is produced when NOx, CO and VOCs react with sunlight. A report stated that NOx may scavenge O3 in urban areas, however (Gregg et al., 2003). Light, season, temperature, and the amount of volatile organic compounds (VOCs) all have an effect on this NOx/O3 interaction.

How Exactly Does Carbon Dioxide Cause Global Warming?